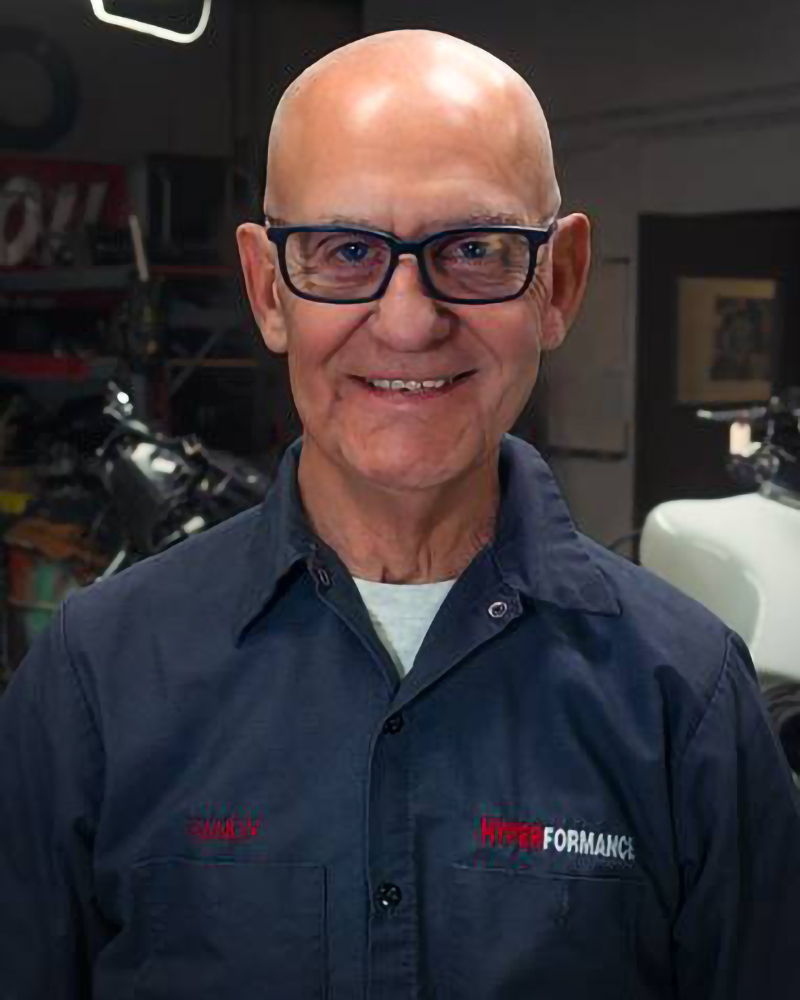 Randy, the owner, a machinist, (aka: King of Cubes) was building V-Twins four decades ago as an apprentice with Doc Dytch and later Shorty Axtell, the legendary pioneers of big bore cylinder technology. Those were valuable years, learning all the critical skill in machining and assembling engines that were destined to break records at drag strips on three continents.

Randy put all his experience in high gear when he opened Hyperformance in 1982, specializing in cylinder head restoration and racing cylinder head modifications. In the 80’s, Torgeson launched his first generation of ductile iron Big Jugs cylinders which are still in operation today on the street and drag strips all over the globe. Now in his 38th and best year in business, Randy and his team strive to offer impeccable service, an attention of detail, and go the extra mile by offering relationship first, then money.

A tour through his shop is a real treat for a motor head, with pistons as big as coffee cans, engines and bikes in progress, test bikes, and a state-of-the-art dyno facility.

Often, of our Performance Packages is all you need to wake up enough dormant power to “fold your feet back like a duck.”

In his spare time, Randy is an attentive grandfather to 3 grandkids, active in addiction recovery and working with others. He strives to read a new book every week and exercises daily.

The King of Cubes invites you to call or stop by and discuss your plans! 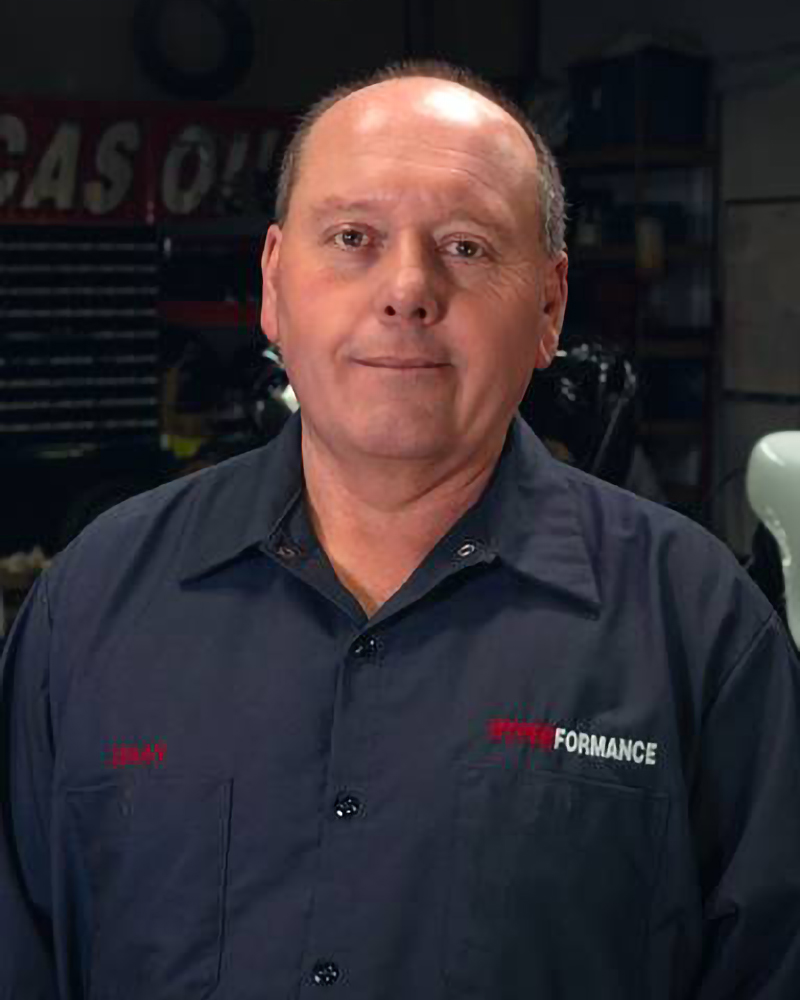 Brian specializing in motor builds and service work, has been with Hyperformance for over 4 years. He has 25 plus years experience turning wrenches. In his free time, Brian enjoys hanging out in his garage working on his Corvette and riding his 2001 Harley Dyna Super Glide. 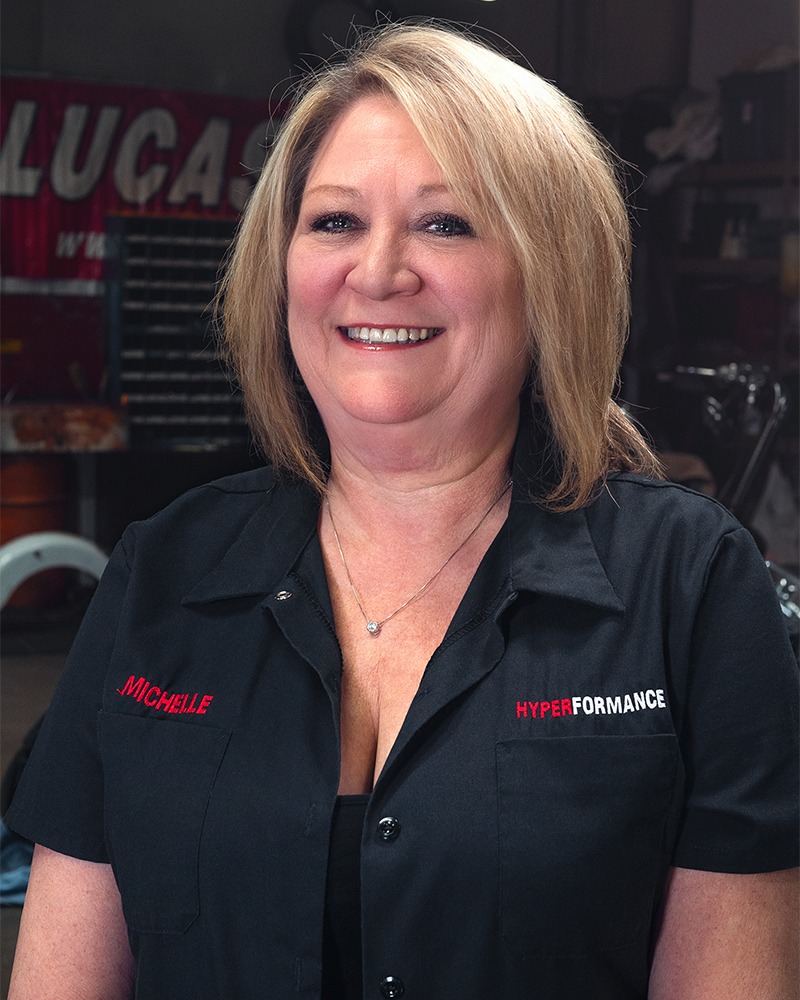 Michelle with over 30 years as Hyperformance’s General Manager, knows the ins and outs of the business. Michelle—AKA as the Queen Bee of Hyperformance—is often referred to as one of the favorites in the motorcycle world. She has 3 Harleys, her favorite of those being her 2010 Screaming Eagle CVO Wide Glide. In her free time, Michelle enjoys vacationing in Florida, camping and spending time with her grandkids. 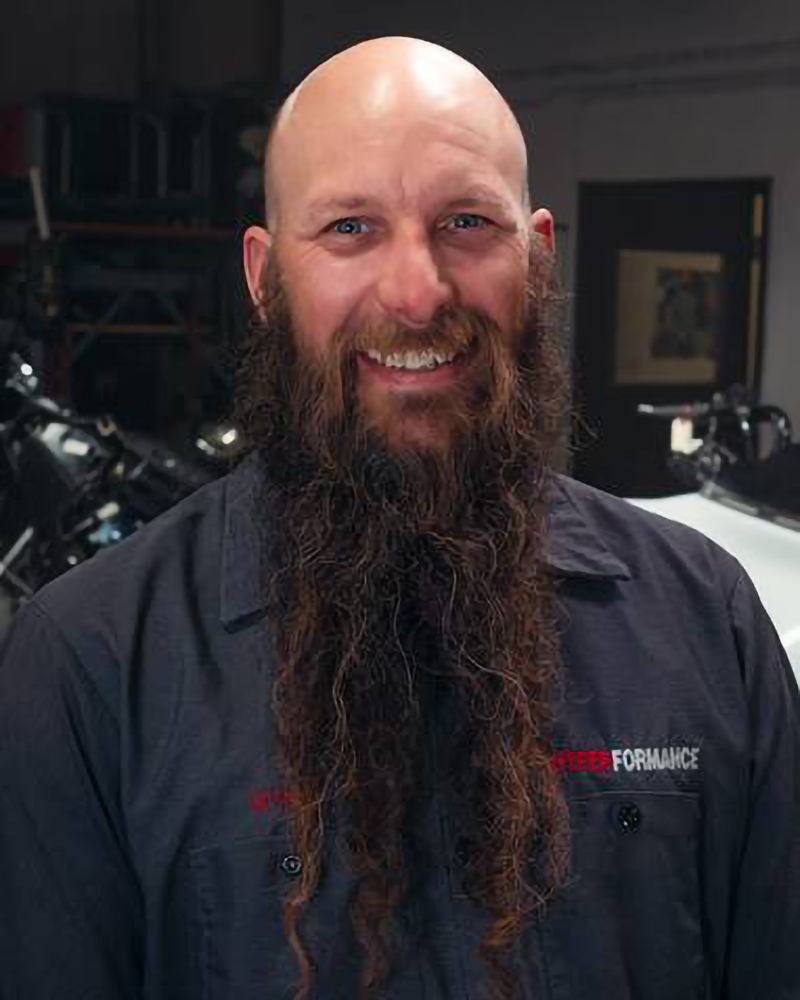 Ryno is a Harley Master Tech with over 25 years’ experience. He specializes in complete Harley Davidson repair and Dyno Tuning (RYNO ON THE DYNO). Ryno is a diehard Shovelhead fan and rides a 1979 Harley Shovelhead FXEF. Ryno enjoys sightseeing the US with his wife and 3 Doodles. 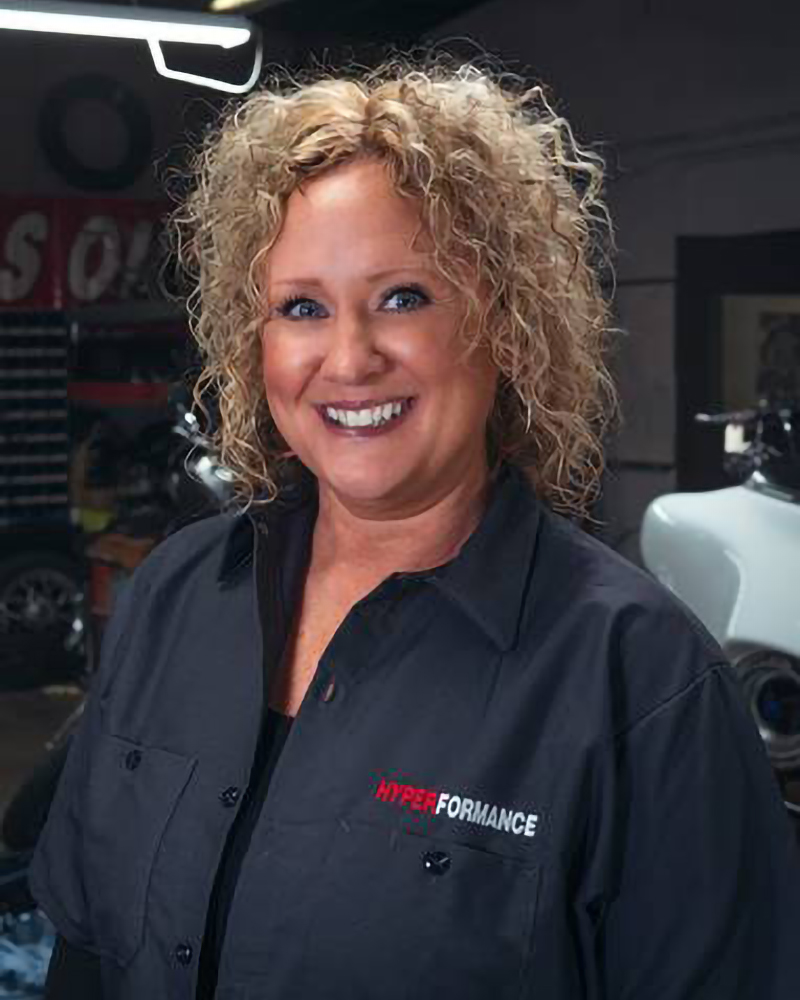 April, our Marketing and Service Manager has a background in Harley Davidson Sales and business entrepreneurship. She has been riding for 11 years and has 2 Harleys, a 1980 Shovelhead FXS and a 2000 Sportster. Her favorite places to ride are Smokey Mountain National Park and the Sturgis area. April enjoys vacationing in Texas, spending time with her sons, and her 3 doodles.